Winter is storm season here on the Oregon Coast. Storm season is Agate hunting season. The gales roll in off the Pacific, crashing waves move the sand and rocks around, and some of the best agate (and other goodies) hunting happens just after a big storm in the winter.

Taking advantage of that, the coastal community of Yachats  hosts an Agate Festival the third weekend in January. What better place to host since Yachats is known as the"Gem of The Oregon Coast"! The Agate Festival has been a hit from the start, and the 2014 event promises to be the best yet.

Billed as the "3rd Ever Yachats Agate Festival" it will take place January 18 & 19th 2014 in the Yachats Commons. The Commons is located on Hwy 101 in Yachats. Trust me, you can't miss it!

This year the Oregon Coast Agate Club is joining in and supporting the effort. Club members will be demonstrating cabochon cutting, DIY equipment making, wire wrapping, etc., as well as loaning club displays for the Festival.

The Festival will be taking place over the MLK Holiday weekend, so whether you just like storms, the ocean, or Gems Minerals and Fossils, take a break in January and come visit Yachats.

For  info on Yachats and accommodations, click here www.yachats.org 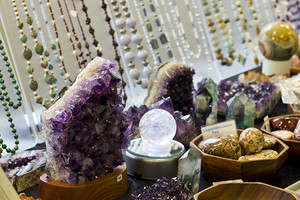 Pictures from the 2013 Yachats Agate Festival 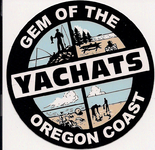 The show will take place at the National Guard Armory